Moustiers-Sainte-Marie and the origins of Faïence

Like any other places with clay, wood and water, pottery was made in Moustiers-Sainte-Marie in medieval times. Pierre Clérissy became the most famous of these potters and was the first to be introduced to faïence in 1678, by an Italian monk name Lazzaro Porri. This was possible thanks to his workers : a well known paintor from Riez : François Viry and his sons. The economic circumstances also helped him. Indeed, in 1689 were created the « Somptuous Decrees ». There were renewed in 1699 and 1709 by Louis the 14th, King of France. It changed everyone taste ; people were looking to imitate the king and sot hey did when he replaced his cultery and silverware with faïence after having melt it. Also, at the head of Riez bishopric was an important and influential figure, chosen directly by the king and from an important family. When we look at faïence found at the king’s table, we find thant Pierre Clérissy and his leneage knew how to take advantage of the relations and influences. 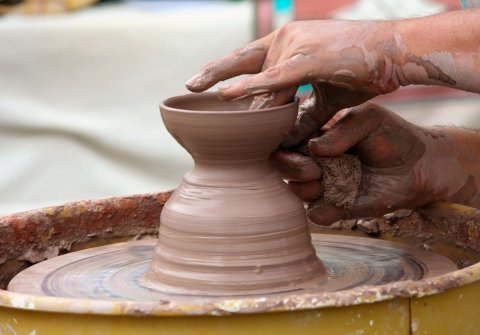 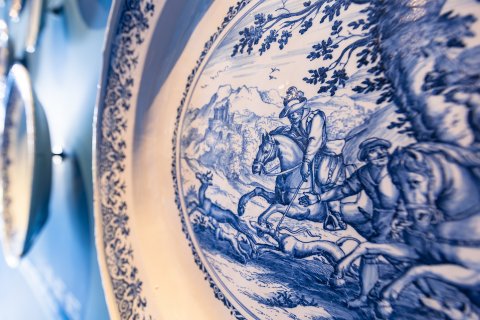 Faïence became so much famous that every european monarch, king and ruler wanted their own workshops. The king of Spain requested the best faïence workers to create a workshop in Alcora (nex to Barcelona). Joseph Olérys and Edouard Roux, who were taught in Moustiers, left for Spain in 1726 for more than 10 years.

At the time, the 12 workshops of Moustiers brought more money to the village than all the other shops put together. Despite everything, no one could have prevent the event that happened next. In the second part of the 18th century, Louis the 16th, king of France, was fond of British ceramics. In 1786 the « Vergennes Treaty » authorised trades from England to France. Wit hit came a ceramic close to faïence but with a glued decor (instead of being paint) and covered with a transparent enamel. Moreother, in 1769, a Kaolin quarry was found next to Limoges. This was the begining for Porcelaine (China). In 1874, the last faïence workshop of Moustiers close dits doors. The art didn’t came back for more than 50 years.

Marcel Joannon was a journalist, a writer, an historian and an ethnologist. But even more, he was a lover of Provence. So much so that he marrie dits name. In 1928 he will resurrect the art of faïence with the help of a few artists friends. In the same time, he will create the Academy of Moustiers (which studies faïence and traditions of the village) and the Museum of Faïence. His ceramic were painted in the « Moustiers » way, usually with the representation of a bird which quicly became a symbol in Moustiers’ faïence.

Because the workshop wasn’t productive enough, Marcel Provence close dit in 1937 but continued to be active in the Academy. When Simone Garnier (one of the artists close to Marcel Provence) settled in Moustiers in 1943, he helped finance the workplace.

Today are 11 workshops active in Moustiers and seven of them gathered into the « Faïence Union of Moustiers-Sainte-Marie ». There were present at the International Salon of European Heritage in october 2018. 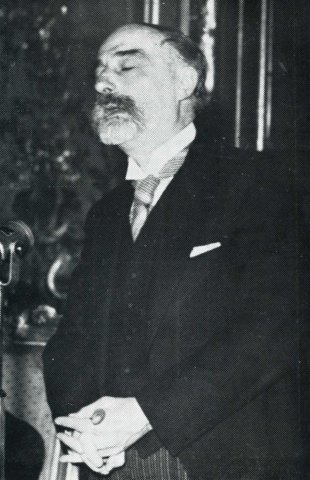